Call For a Free Quote 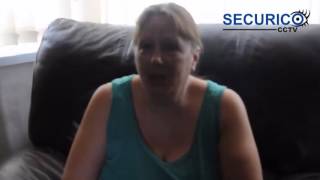 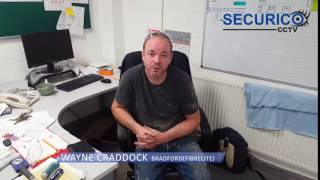 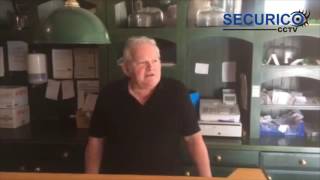 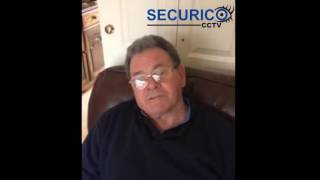 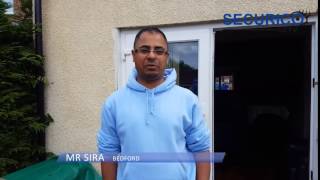 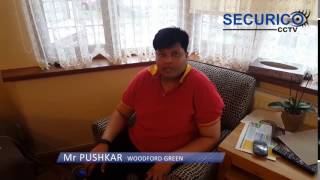 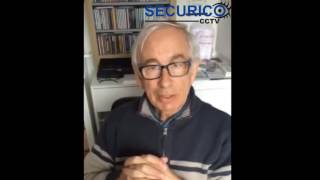 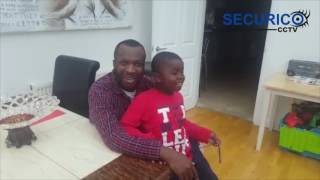 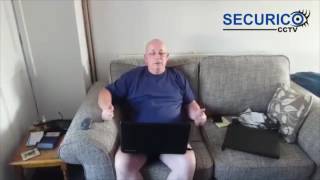 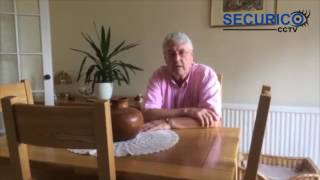 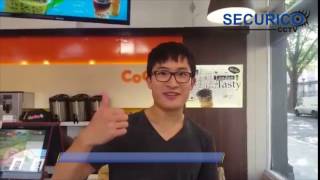 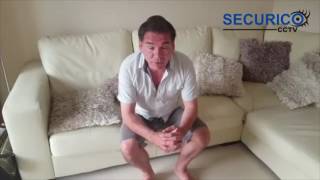 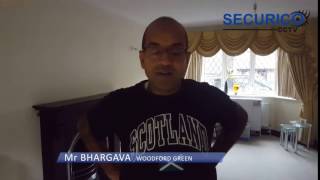 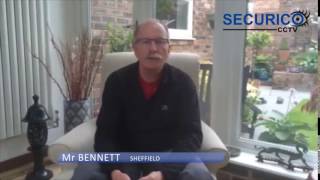 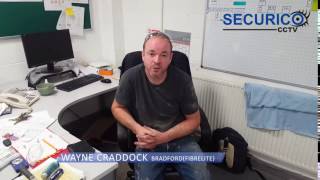 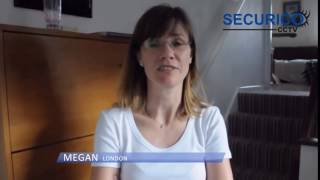 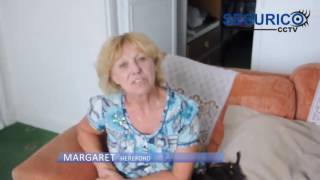 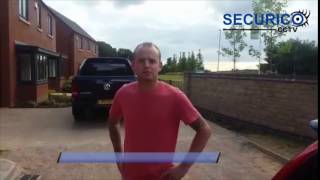 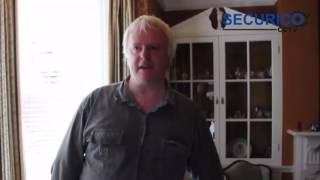 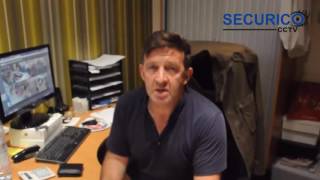 Personal Security Means the Same Thing Whoever You are, Wherever You Are

If you’re relaxing at home, an employee or employer at your place of business – we are all entitled to feel secure as we go about our business and daily activities.

We install professional security products that work as a deterrent and a guardian, covering all types of properties; any sized dwelling from bungalows and flats to large and lavish residences; all types of business premises, including retail outlets, offices, warehouses, hotels.

Our advanced security cameras and system are quoted to fit your budget, with the best prices guaranteed.

Professional fitting of our CCTV systems is included in every quote.

We fit your security cameras wherever you want them and use our ten years experience to advise the best camera for the location and environment, and where exactly you can position them for the best coverage, indoors or out.

HD and 4K CCTV are our standard. Your protection is our priority

Fully installed to the highest standards by experienced engineers, Securico’s security systems come with the confidence of our ten years experience in the industry and an on-site warranty for full peace of mind.

At the point of installation we’ll securely connect your CCTV to your internet router giving you an on-demand live view of your property, real-time alerts, video playback, and download recordings from wherever you are, via your phone, tablet or computer.

When you shop with us you get all the features of today’s smart CCTV technology and more!

Our systems are complete and self-contained, meaning no extra subscription costs for advanced features like motion detection and line crossing. We’ll also make sure you have all the continuous recording time you need: days, weeks or months!

The Clarity is in 4K Recording Quality

Even without a 4K TV you can still record and benefit from 4K Ultra HD recording.

For the complete security solution, our home and business protection can also include intruder alarms.

The Invention and History of Closed Circuit Television

The Invention & History of CCTV “I’ve decided to recast myself as Utopian. I like this landscape of the M25 and Heathrow. I like airfreight offices and rent-a-car bureaus. I like dual carriageways. When I see a CCTV camera, I know I’m safe.” – J.G. Ballard It began with German Engineering Engineer Walter Bruch’s involvement in the development of television is rooted deeply in the standards we know and use today.  He has been widely recognised and awarded for his scientific contributions to television.  The PAL system you may recognise (at least in Europe) from our purchases and use of TVs and associated devices over the years, was developed by Bruch.  Video players, DVD players, games consoles, set-top boxes.  At some point we’ve heard of PAL or read the acronym PAL in the documentation of devices we have all bought.  If you’re a fan of buying imported movies, particularly from the VHS days, you’ll know that in the UK we use PAL and in the states, NTSC is the standard. Before developing the PAL system, Bruch was ordered in 1942 during wartime to create a television system that could monitor the testing and development of the V-2 rocket.  In doing so, Walter Bruch invented the world’s first CCTV system. He continued his passion of work in the engineering field of television, throughout his life, receiving worldwide acclaim and honours, among them, honorary member of the British Royal Television Society. The Beginnings of Commercial CCTV In the US, in 1949 the first commercially available CCTV systems were manufactured by a company named Vericon.  These systems worked on a live-viewing basis only, having no recording components. Before video cassette recorders became available in the 1970s, reel to reel tape recording was used for the first CCTV recording. Whilst this now gave CCTV the ability to save what was captured on camera, the reels would have to be manually replaced; a time consuming exercise. The systems were also unreliable, not to mention expensive to keep running. In 1969, a nurse, Marie Van Brittan Brown from Queens, New York, laid down the foundation for home CCTV, patenting her design for a home security system.  It was built with help from her husband who was an electrician.  The system included cameras, microphones to talk to the person outside, a switch to allow people in and an alarm to alert someone for help. VCRs were the Game Changer With the development of VCRs and their usage taking off in the 1970s, CCTV moved on in leaps and bounds. Businesses were keen to take advantage of the easier to use protection that closed circuit television now offered.  If you recall working in a company that utilised CCTV with a video cassette recorder, you will remember the library of VHS cassettes, scribed with dates on the labels, and taking up a whole office shelf or two. VCR CCTV systems although often providing invaluable evidence for law enforcement, did not capture the best quality images. And trawling through hours of footage would be a time consuming affair, fast forwarding, rewinding, trying to get a clear pause screen on some essential moment of video. The recording quality of video tapes also degraded over time, where tapes were overwritten time and time again with new recordings. CCTV Starts Spreading During the 1980s, surveillance cameras began to be installed in more and more locations around the world.   Bournemouth installed the UK’s first outdoor closed circuit TV system in 1985, but it wasn’t until 1987 that security cameras were first fitted by a local government in the UK. The success off the back of this; CCTV’s ability to reduce crime, saw an increase in cameras being fitted in more and more UK public spaces.   The ability to record and display more than one camera at a time, known as multiplexing, came about during the 1990s.  CCTV Usage Explodes By 1998, in New York, over 3000 CCTV cameras were in operation. In the UK, surveillance camera use has become prevalent. In 2013 it was estimated by the British Security Industry Association (BSIA) that around 5 million CCTV cameras were in place across the UK. Other estimates disagree on this figure. Either way, this most certainly extensive usage (apparently one camera for every 14 UK citizens, or one camera for every 32 UK citizens depending on where you read it) has its critics, who say that the UK’s CCTV surveillance culture has become “out of control”. The effectiveness of CCTV however cannot be denied, with Scotland Yard reporting that 95 per cent of murder cases used CCTV footage as evidence, in 2009.  And the Metropolitan Police stating that six crimes a day are solved by CCTV. “Nothing we do is ever going unnoticed. It’s on CCTV cameras, it’s on iPhones, it’s everywhere.” – Anastasia Griffith Accessible to Everyone Today, digital CCTV systems capture incredible quality and are used not only by businesses but in a growing number of homes. Digital video recorders by their very nature, are able to harness the power and reach of the internet and give consumers an extremely accessible solution to home security.  The Future of CCTV With advancements in technology moving rapidly in this industry and solutions becoming greater in quality and usability every year, CCTV isn’t going away. And from looking at this brief history it will only continue to technologically improve and advance.   Get a free CCTV quote for your home or business   Image credit: VCR pic by Akinom – Own work, CC BY 3.0, https://commons.wikimedia.org/w/index.php?curid=3325668

Loving the fact i can keep an eye on my staff when away from office, productivity has definitely improved since install. Thanks James.

Thanks, watching cameras on my phone and PC is a great help.

Hi Steve, just droping you a note to say how happy i was with the work carried out on my house. Will be recommending your services.

Your lads were great, went beyond and above the call of duty. They trunked all my external wiring in metal trunking. Appreciate it took a lot longer. Thanks Jim.

Thanks for fitting 5 new cameras Fiaz, very impressed with output, can you arrange for old cameras to be removed and install new ones. Great Service. Will most definitely recommend your services.

Excellent Service, excellent product, excellent after care. Looking forward to my next install. See you soon

Amazed the fitters managed to fit system in a day!!!!!! Other companies were quoting for 2 days labour. Thanks for arranging everything Steve.

Great Job Martin, thanks for talking me through how to use the system. Very easy to use system, unlike my old system. Thanks Lads.

Chris was extremely professional in his approach to managing the team on site. We shall definitely use your company again in the future.

Very happy with the quality of the system and cant compliment the hiding of the cabling enough. Thanks Michael

Keep an eye out while on the move! From anywhere in the world! (Smartphone required. - Android, iOS and Windows)

All of our CCTV installations come with a one year warranty